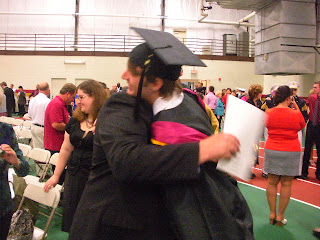 Life confronts us with a lot of choices. I thought about this as I sat along with thousands of others at my son, Benji’s graduation this past month. We have to decide where we will go to school and what we will study, what type of work we will do, where we will live, how we will spend our money, and the list goes on and on. But the most important choices sneak up on you. These are the choices about love and friendship, about how you will handle disappointment and adversity, about what is really important to you and the convictions by which you will live your life. Usually you have already made these choices long before you knew you did. These important choices are simply cognitive. Something from a deep place inside you emerges, and only then do you know what to do.

The older I get, the more I realize that maturity is about embracing who I am, who I have always been, and who I was before I knew it. When I was young, I believed those who told me I could be whoever I wanted to be. I believed the world was nothing but opportunity and resources. And I believed that I could choose my dream and then knock myself out to make it come true. What those who were peddling this highly individualistic drivel forgot to mention was that they had no dreams worthy of one’s life, and no good ideas for how to find one.

The late 20th-century advice peddlers thought they were liberating us from tradition and freeing us to be ourselves. But the tragic irony is that by dismantling the traditions they only made it impossible to know who we are or what our dream for life should be. Thus, we have seen so many people who have no idea of their identity waste their fleeting years by making unimportant choices, hoping that they will stumble into a life they like.

The Apostle Paul has a different idea. When he writes his epistles to Timothy, Paul is near the end of his life. Timothy is a young pastor, still near the beginning of his life. Paul knows that the leadership of the church is about to pass to Timothy’s generation. These epistles can be read as his last words of advice and spiritual counsel to the next generation, and to our next generation. So what does Paul say to Timothy? Not that he should go out and start shopping for a dream. Nor does he tell him to knock himself out as a pastor to build a successful mega-church. No, Paul tells him to rekindle the gift that is already within him. Paul begins by demonstrating how he has done this in his own life. He says that he is grateful to God to whom he gives worship as his ancestors did. Tradition is an inevitable inheritance. Even if you reject your inheritance, it is still setting the agenda. No one ever escapes tradition. But it does fall to the members of each generation to receive this inheritance, and then to mold and shape it during the years while they hold the baton. Tradition is dynamic. I do not celebrate Christmas or Easter the way my parents did. I do not even worship the way they did. But I did not invent these traditions. They invented me.

Paul then speaks about the Christian tradition that has already shaped Timothy. He says, “I am reminded of your sincere faith, a faith that lived first in your grandmother Lois, and your mother Eunice, and now lives in you.” This means that Timothy was a third-generation Christian. He was the second to grow up on the lap of faith. So this faith is not something that Timothy chose.

As a result of this great faith that now lives within us, Paul says we “have not received a spirit of cowardice, but rather a spirit of power, love, and self-discipline.” As every adult has long known, and as the teenagers already know, our society will give you so many reasons to be afraid. It will find thousands of ways to ask, “Who are you?” It will try to make you afraid. But you have this powerful gift. It was in you before you knew it. When you need it, the powerful faith is waiting. You also have love. God loved you as infants before you knew God’s name, or what it meant to receive and respond to God’s love. And you have self-discipline. That will save you from the bad choices which only hurt yourself.

Not only will our world try to make you afraid, it will also keep finding ways to tell you that you are ordinary. No one can stay out of the game of life. No one can opt out of the great conflict between good and evil. You have to choose a side! Either you are working for the faith that is within you, or you are working against it. This great faith claims that your life is not an accident. Your skills, talents, experiences, and even your hurts have a sacred purpose to them. If you want to find that purpose, you don’t have to look far. It is there waiting for you, in the great faith the Church has given you. But as Paul cautions, you have to rekindle that faith. You have to keep it alive and burning bright. You have to choose not to be ordinary, but to make a difference. And for that, you have to choose what God, Lois, Eunice, and generations of prophets and martyrs have chosen for you. You have to embrace who you are, who you have always been, who you were before you knew it. 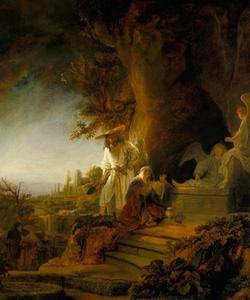 TWELFTH NIGHT/EPIPHANY      I read this line in a interview with Christian Wiman in Christianity Today:   "Jurgen Mol...